Home
What We Do
Case Studies
About Us
Discuss a Project
0161 850 2210
hello@builtbypixel.com 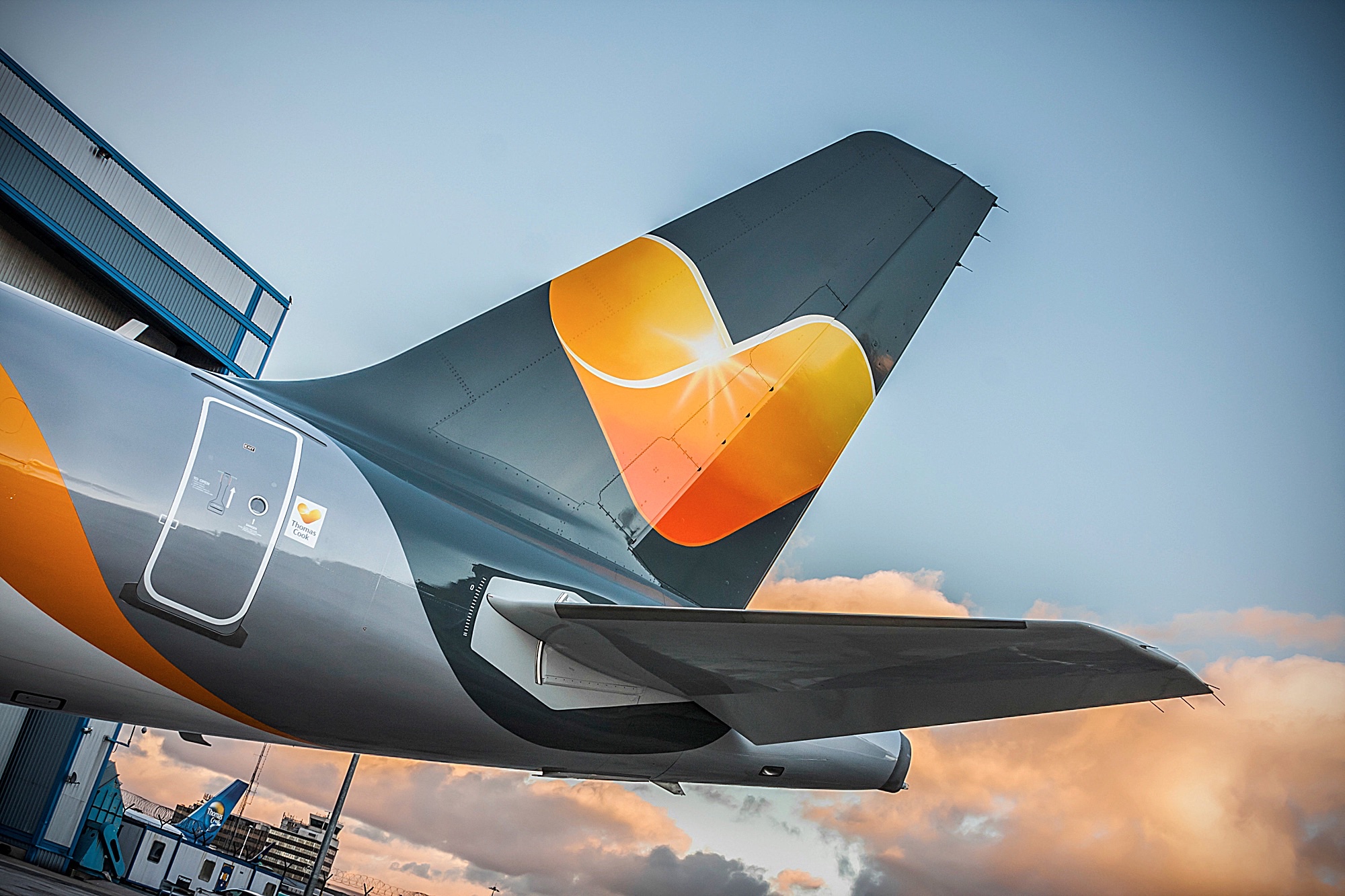 " Not coming from a digital/ app environment, being asked to develop a new website app and mobile app was definitely going to be a personal challenge. However, working with Pixel over the last 18 months has been easy and also educational! Everything’s possible with Pixel and they make the development process smooth and flexible especially when working with multiple stakeholders. "
Cabin Presentation Manager
Thomas Cook Airlines

Following the CPAD project on which we worked with Thomas Cook Airlines Group on, we were tasked with developing an Android version of CPAD, to bring offline capabilities into the platform and enable audits to be completed during flights by cabin crew. 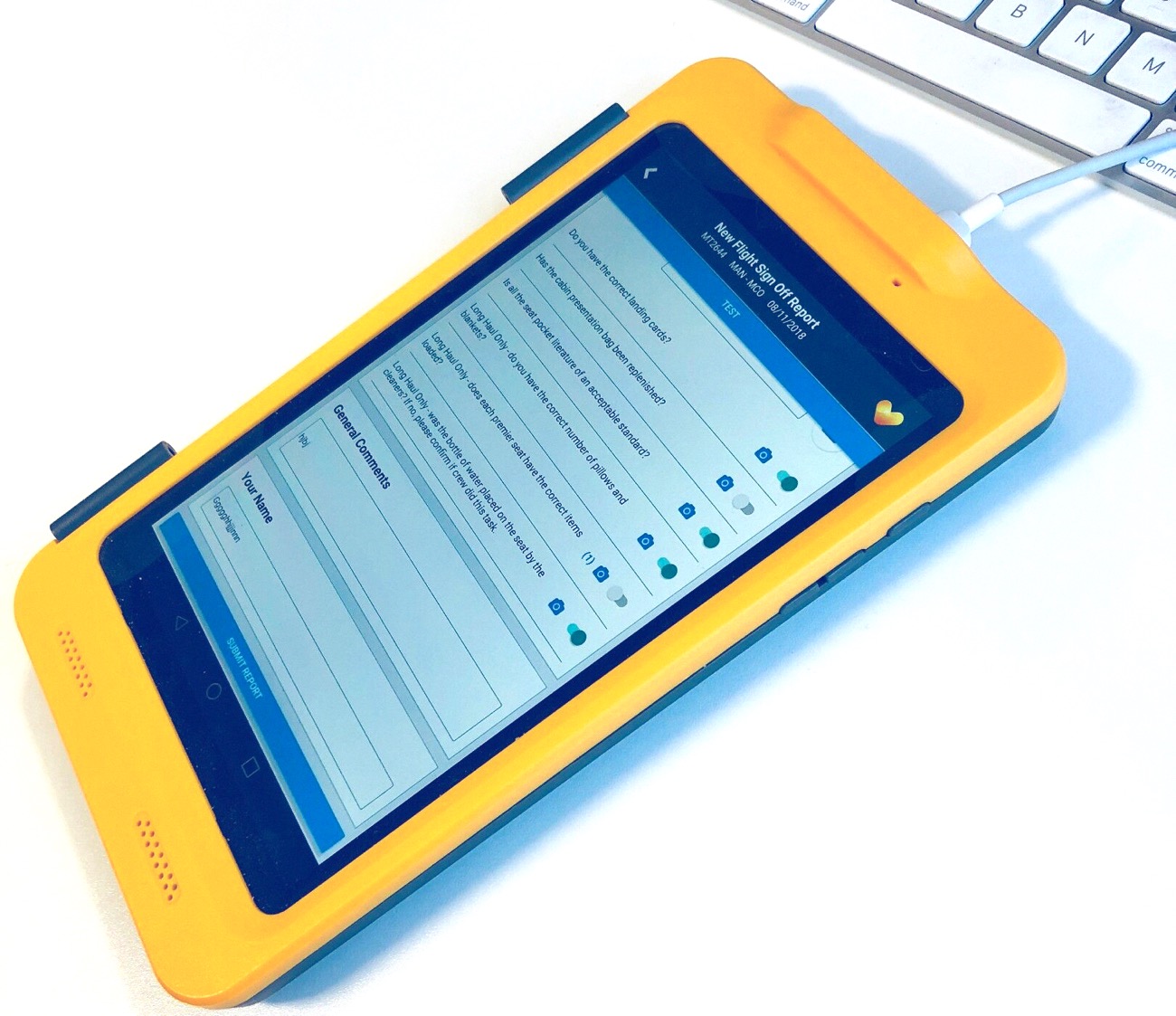 We had CPAD in place, so we had the know how into the mechanics of the system, but we had the challenge of developing an application that enabled audits to be submitted mid flight, with no internet connection. These audits would be submitted automatically and synchronised with the CPAD centralised web system we had developed.

The challenges we faced here were:

We already had CPAD and had spent a significant amount of time planning and perfecting the system. With the Android version purely focussed on submitting audits, we used what we had already created for the web platform as a starting point. The Android application was due to submit different audits to the web version of CPAD - designed to be less labour intensive during a flight.

Taking all the information from the research phase completed as part of the CPAD web project, this next phase all about how we can make this work offline and the necessary steps we needed to take to make that possible.

We studied and tested the tablet devices used by Thomas Cook staff to envisage whether we were going to come up against any device resource issues. The audits submit a significant amount of data and images and we had to be sure that devices could handle the requirements to begin with.

Secondly, we needed to look into the best possible way of enabling the user to submit an audit, store this offline to the devices memory and submit automatically when an active internet connection was detected. Manual submissions were not an option, therefore this was something we had to get right before moving any further.

As usual, flow diagrams were created outlining the user flow when using the app, which followed the initial flow of the web version only with added process for storing the audits to the device when offline and submit automatically.

Our aim was to make the Android app feel much like the web version of CPAD, we didn’t want to deviate from the layout or UI, but had to work within the Android foundations.

The layout and structure of the audits interface followed a similar layout, only designed specifically for the Android application.

Sketches from the previous project were revisited and enhanced, as were the digital wireframes which were then adapted to cater for the two new audit types which would be available for submission via the app.

We had the style guide and UI from the web version, which was used again and adapted within the Android framework.

The new audits screens were designed following the above and visually outlining the new audit types. We followed the same corporate, modern and minimalistic style that was created for CPAD and adapted this for the app.

In the meantime, our back end developers worked on updating the existing back end framework (API) to accept, save and store the new audit data efficiently.

A final prototype was completed and the App was tested within various live and training scenarios prior to distribution to all Thomas Cook devices.

CPAD Android has been hugely beneficial to Thomas Cook and has provided a solution to a problem they had been suffering from for many years, which was loss of audit data from offline submissions.

We continue to work on CPAD with Thomas Cook.

Let's start with a conversation

We'd love to hear about your next project.

Your next
development partner